Professor Markus Siegel, who was a research group leader at the HIH and the Werner Reichardt Centre for Integrative Neuroscience, heads a newly established department.

Professor Siegel's questions could hardly be more fundamental. He wants to know how the brain generates our thoughts and actions and how nerve cells from different regions of the brain cooperate in this process. He is interested in the brain in its entirety, because still little is known about the neuronal interactions and dynamics which occur when a brain decides, generates creative ideas, or simply makes sure that someone grips firmly.

These interactions and dynamics are reflected in neural oscillations measured by EEG or MEG. The two abbreviations stand for electro- or magnetoencephalography, two methods for examining brain waves. Professor Siegel investigates which neural activity reflects certain interactions and dynamics while thinking and acting. Such patterns function like spectral fingerprints that could lead to a catalog of brain rhythms, corresponding neuronal circuit interactions and brain function. The new director was previously a research group leader at the HIH and the CIN, the Werner Reichardt Centre for Integrative Neuroscience. He has already twice received prestigious funding of the European Research Council in the millions: the ERC starting and ERC consolidator grant.

You will find the page of his Department of Neural Dynamics and Magnetoencephalography here. 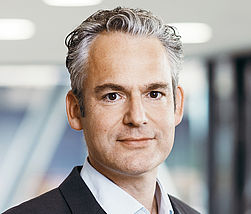