The blood concentration of the neural protein neurofilament light chain (NfL) may be related to the life expectancy in very old people, reports an international team headed by Prof. Mathias Jucker. NfL is a structural protein in nerve cells and can be detected at low concentration in blood. With aging or in neurodegenerative diseases, blood NfL levels increase. “We know that for example in Alzheimer's patients, increased NfL blood concentrations correlate with shorter lifespans,” Jucker says. “We were thus curious if high NfL blood levels are also associated with old age mortality in people with no obvious neurodegenerative diseases."

To answer this question, the scientists took a closer look at mortality data of centenarians who had blood samples taken at the age of 100. They compared blood levels ​​with the age at death. “We observed a correlation between NfL blood concentration and remaining life span,” reports first author Stephan Käser. “We were then able to confirm this result in another, a bit younger group of participants who were 93 years old at the age of the blood examination.”

To rule out the possibility that the observed correlation was due to presymptomatic neurodegenerative diseases, the research team took a step further. “In mice, the brain ages without the typical neurodegenerative diseases that humans can experience,” Jucker explains. “Nevertheless, we were able to observe a similar age-related increase in NfL blood levels in them.” When the mice were held on a diet restriction–a common laboratory method to extend their lifespan–the scientists saw a much smaller age-related increase. "Thus, the increased NfL values ​​seem to reflect indeed the normal aging process of the brain and nervous system."

The researchers are confident that they have found a molecular biomarker that will help to predict old-age mortality. Remarkably, the study showed that the NfL concentration in the blood predicted the remaining lifetime as well or even better than the participant’s physical and cognitive fitness. The latter were assessed in the study participants using established tests, Activity of Daily Living (ADL) and Mini-Mental State Examination (MMSE). Both tests are often used in geriatric assessments. “In the future, these examinations could be supplemented by a blood test and thus become even more informative,” Jucker suggests. 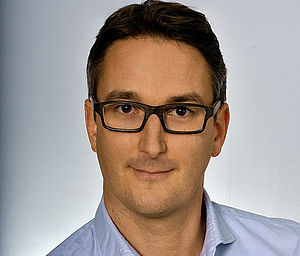