Home | Research | Cognitive Neurology | About us

The Department of Cognitive Neurology was founded in the year 2000 with support from the program “C4-Department of Neuroscience at Neurology Clinics“ of the Hermann and Lilly-Schilling Foundation and Prof. Hans-Peter Thier was appointed head of the department. In the year 2002, in which the Neurology Clinic was reorganized, the Department of Cognitive Neurology became a constitutional part of the newly founded twin institutions, namely the Center of Neurology and the Hertie Institute for Clinical Brain Research. In the beginning of 2004, it was reinforced by the formation of a Section on Neuropsychology associated with a professorship for neuropsychology both taken over by Prof. Hans-Otto Karnath.

In summer 2008 the Section of Computational Sensomotorics, headed by the newly appointed Prof. Martin Giese and funded conjointly by the Hertie Foundation and the German Research Council within the framework of the Excellence Cluster “Centre for Integrative Neuroscience” (CIN), was installed at the department. In 2009 Cornelius Schwarz was appointed professor and head of the research group on Systems Neurophysiology within the CIN. This group was integrated into the Department of Cognitive Neurology.

The department currently comprises eight independent labs, namely, the Sections of Neuropsychology (Hans-Otto Karnath) and Computational Sensomotorics (Martin Giese) respectively, the Systems Neurophysiology Lab (Cornelius Schwarz), the Action Perception Lab (Ziad Hafed), the Neuropsychology of Action Control Lab (Marc Himmelbach), originally set up with funds from a 2007 ERC starting grant, the Motor Control Modeling Lab (Daniel Häufle), the Sensorimotor Lab, headed by Hans-Peter Thier, who also serves as the chairman of the department, and the Oculomotor Lab of Uwe Ilg. The latter is also head of the Neuroscience Lab for Pupils at the Werner Reichardt Centre for Integrative Neuroscience (CIN).

The Department of Cognitive Neurology is devoted to research on the underpinnings of higher brain functions and their disturbances due to disease of the nervous system. The spectrum of research topics is wide — which is a consequence of the existence of quite a few independent research groups with individual interests.  The topics addressed comprise among others the basis and disturbances of spatial processing and orientation including the mechanisms of perceptual stability with respect to ego-motion, of attention, of motor learning and motor rehabilitation, as well as of social interactions. To this end, the Department of Cognitive Neurology adopts multifarious approaches: the consequences of circumscribed brain lesions are analyzed using classical neuropsychological techniques in conjunction with state-of-the-art psychophysical, behavioral and brain imaging methods, ‘motion capturing’ and virtual reality. Transcranial magnetic stimulation is used to simulate virtual lesions in the healthy brain. In order to explore the neuronal underpinnings of higher human brain functions in more detail, non-human primate as well as rodent models are used, allowing recordings of single- and multi-neuron signals and the correlation of these signals with well-defined behaviors or perceptual states as well as the targeted manipulation of neurons and neuronal circuits and their consequences for function. Recently, with the help of the CIN, 2P-imaging of cortical circuits has been added. Experiments using genetically modified non-human primates as a model system for autism are currently being established. In-vitro techniques such as whole cell patch clamp recordings from isolated brain slices are being applied in an attempt to characterize the membrane and synaptic properties of identified neurons participating in neuronal circuits underlying higher brain functions, such as perception and learning. The tools for theoretical approaches and modeling offered by the Giese group are used to integrate the obtained data and to generate experimentally testable predictions. The variety of methods responds to the need to examine complex brain functions and their disturbances due to disease at various levels and from various perspectives. Starting point is always a clinical problem as for example a better understanding of the pathophysiology of cerebellar ataxia, an indispensable gateway for any attempt to alleviate or mitigate this condition. These questions can be answered only if the normal operation of the structure, compromised by brain disease is understood. We believe that any promising attempt to understand complex cognitive or motor disturbances like neglect, ataxia or autism will require a better understanding of the normal functional architecture of the underlying healthy systems.

In past and present, the Department of Cognitive Neurology has played a central role in the development and coordination of various research networks. For instance, the DFG-funded Collaborative Research Center (SFB) 550, that ended in 2009, as well as a preceding research unit have been coordinated by Hans-Peter Thier. Many members of the department are also part of the excellence cluster ‘Werner Reichardt Centre for Integrative Neuroscience (CIN)’, currently involving more than 80 principle investigators associated with 3 faculties of the University of Tübingen and several non-university research institutions in Tübingen and its vicinity, which is now in its second funding period and likewise coordinated by Hans-Peter Thier. The DFG-funded trans-regional research unit FOR 1847 ‘Primate Systems Neuroscience’, which brings together research groups from Göttingen, Marburg, Frankfurt and Tübingen working with non-human primates, is conjointly coordinated by Hans-Peter Thier and Prof. Stefan Treue, German Primate Centre Göttingen, the latter actually a former member of the department. The research unit took up work in March 2014.In October 2016 the research group of Dabiel Häufle has been established as part of the regional research alliance 'System Human' between the universities of Tübingen and Stuttgart. It is also worth mentioning that Martin Giese is one of only three neuroscientists from Tübingen who is a member of the EC funded Human Brain Project. 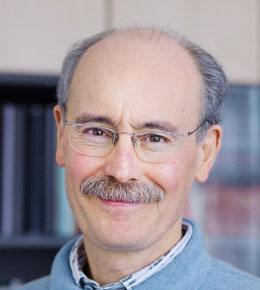