Associative coupling in the neocortex

The overarching goal of our work is to understand the operating principles of the neocortex, a unique brain structure, which mainly evolved in mammals. There is clear evidence that the neocortex, in the broadest sense, endows the subject with cognitive capabilities. The big mystery is, how the vast diversity of neocortex-dependent behaviors are generated by a structure that shows nearly identical neural architecture across species (mouse, rat, monkey, human) and functional systems (sensory, motor, cognition): The neocortex is a quasi-two dimensional sheet of neural tissue, which is composed of repetitive neuronal elements and network connections. Even an expert can hardly decide on the basis of a microscopic image of neocortex, whether it was prepared from a mouse, rat, monkey or human.

The generality of neuronal architecture related to vastly diverse functions renders it likely that, beyond specific signal processing, there must be a generic function common to all cortical areas in animals and humans. We hypothesize that the neocortex is a giant associative storage device, which handles flexible combinations of sensory, motor and cognitive functions that the individual is learning throughout his/her life.

To verify this hypothesis, we firstly need to clarify how signals are represented within neocortical networks and what role the confusing multitude of neuronal components plays (e. g. the six neocortical layers, or the various types of excitatory and inhibitory neurons). Second, it must be resolved how separate areas are linked and whether the link and concurrent signal processing make use of the same neural elements and activities, or whether they can be separated.

This research therefore requires the combination of a macroscopic and microscopic view – i. e. the study of representation of memories on the cellular level locally and their linkage between cortical areas globally. We employ an integrative approach using modern methods of multiple neuron electrophysiology and optical imaging and combine it with behavioral observation at highest precision. For that purpose we aim at highly quantitative analysis and representation of our results, reflected by cooperative work with computational neuroscientists. Our model of choice for studying these questions is the sensorimotor vibrissal system (vibrissae = whiskers) of rodents. These animals use an ‘active’ strategy of sampling tactile information about their immediate environment by actively moving their vibrissae across objects in their vicinity. We examine tactile representations, how they are formed into a percept, and how they are coupled to motor representations to optimize tactile exploration. We have begun to also study coupling of other areas, e. g. sensory and so-called higher cortical areas, during decision making. Finally, we have set up a learning paradigm, the so-called trace eye blink conditioning using whisker-related tactile signals as conditioned stimuli, to study how new learned contents is stored in cortical networks.

Regarding the close similarity of neocortex in animals and humans it is very likely that basic scientific knowledge that we gain in animals can be generalized very easily to understand also principles of function or dysfunction in humans and patients. Of course, future applications for the better of humans suffering from neocortical diseases such as Alzheimer’s and Parkinson’s disease, schizophrenia, or depression, need future progress in applied and translational neuroscience. However, before this can happen, a thorough understanding of the bases of neocortical function has to be reached. This is the purpose of our research.

Beyond the goal to understand the function of the neocortex we have started to direct our research toward possible future applications. We work toward the establishment of cortical sensory neuroprostheses, that in the future might help those patients, who lost a sense due to a disease of the central nervous system. A major problem is that percepts produced by electrical activation of cortical networks depend very much on the sensory and behavioral context. Our solution to this problem is to establish intelligent implants that measure neural activity to assess information about contexts (i. e. the associative state of the cortical tissue to be activated) and use this to increase precision with which sensory signals can be imprinted into central neuronal structures and reach perception. 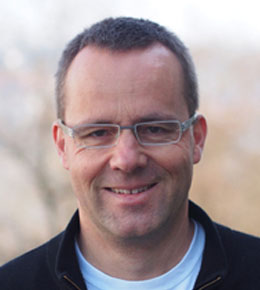